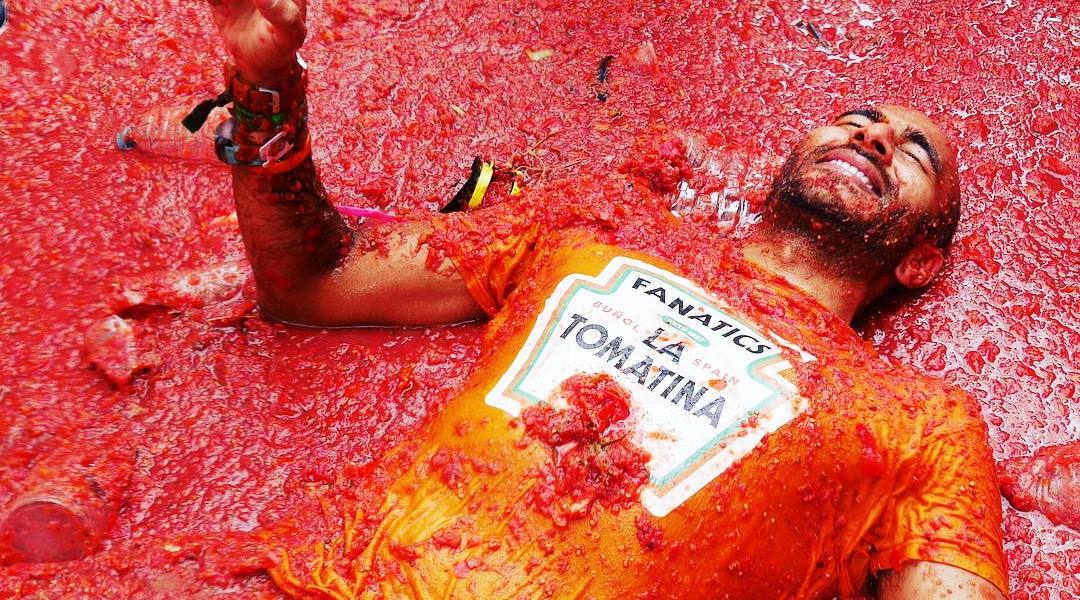 Everyone loves a good food fight and there is no bigger food fight than La Tomatina!

Every year on the last Wednesday in August the population of the small Spanish village of Bunol quadruples as 20,000 people take to the streets armed with 125,000kg of ripe tomatoes to take part in the world’s biggest vegetable fight.

The aim of the day is simple... tonnes of tomatoes are pelted, thrown, tossed, chucked, propelled, catapulted, fired, launched, pegged & lobbed at friends, family, partners, all the people you know plus the thousands you don't!


Check out our tour video HERE!